August is always an ugly month in the garden.  The perennials start going brown, getting ready for the dormant season.  The annuals die.  My garden, which usually stays green the longest, took a hard hit.  We had some water pooling around the sprinkler valves and Kersey, being a lab and only 14 months old, couldn't help herself.  She played in the water and mud and, in the process, broke the wiring going from the valves to the automatic sprinkler controls.  And I didn't notice.  For quite a long time.  Maybe a week.

I spent most of the morning cleaning it all up, pulling out the dead stuff, and making it neat and tidy.  Fortunately, my rhubarb came through just fine as did the tomatoes.  I haven't had any tomato hornworms this year -- I'm wondering if the little brown bats are eating them. 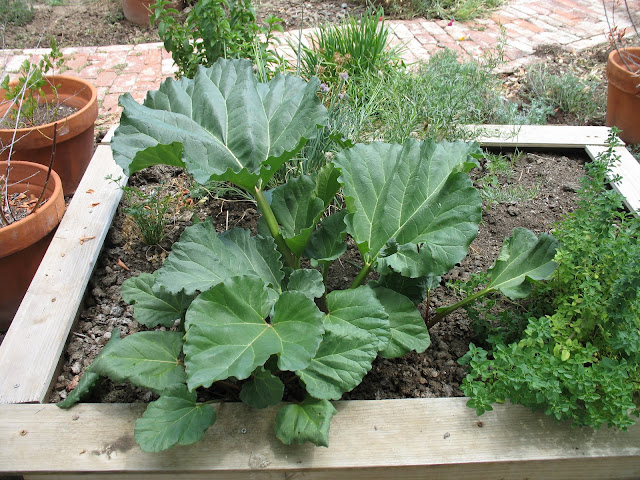 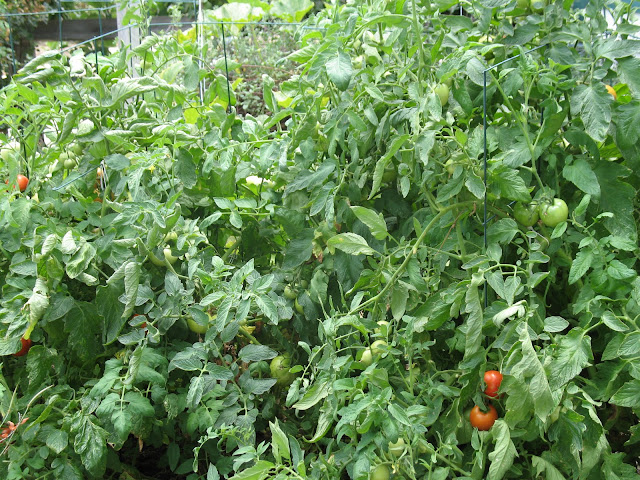 I noticed a squirrel hole close to the tomato plants, hidden under some bricks and the pumpkin vines.  There was evidence of their thievery all around -- tomato remains.  I took a shovel full of dog poop and dumped it down the hole and then shoved dirt on top.  It hasn't reappeared. 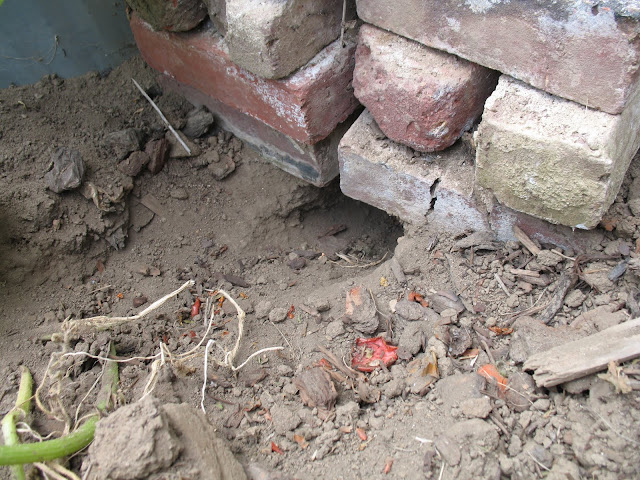 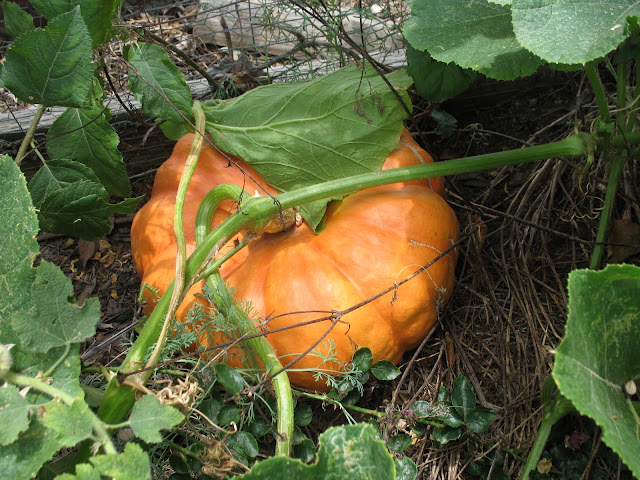 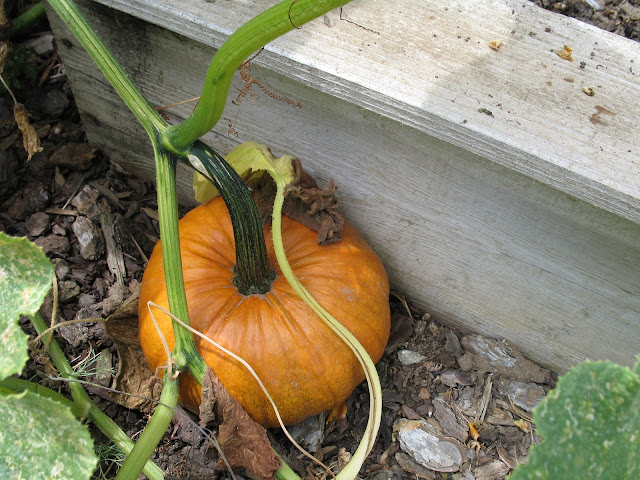