Back in the day, I was a competitive swimmer.  I started when I was a kid and hit my stride in high school and college.  I was one of the “invisible” crowd in high school.  I wasn’t popular, I wasn’t in the band or any of the other clubs, and I was very quiet.  I had a few close friends and I had swimming.  I didn’t go to any of the school dances or the prom.  I hardly even dated and then it was with boys who didn’t go to my school or who were older.  But I was a somebody in swimming (which is an invisible sport, if you think about it, so I was still pretty much invisible). 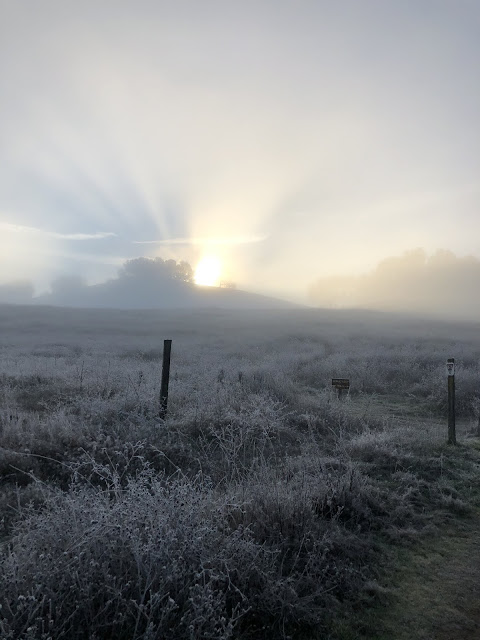 When I got into high school and joined the swim team, there was a brand new coach.  Those of us who swam for the city team were not impressed when we heard who it was — the middle school football coach, who knew nothing about swimming.  But, he was great.  Coach was always positive and encouraging so we had a team of happy girls.  ...that isn’t easy to achieve with high school girls who are a prickly, sensitive, and demanding lot.  I was the team captain my junior and senior years, and he helped me out of my introverted shell and taught me how to lead.  After I graduated from high school, we stayed in touch. 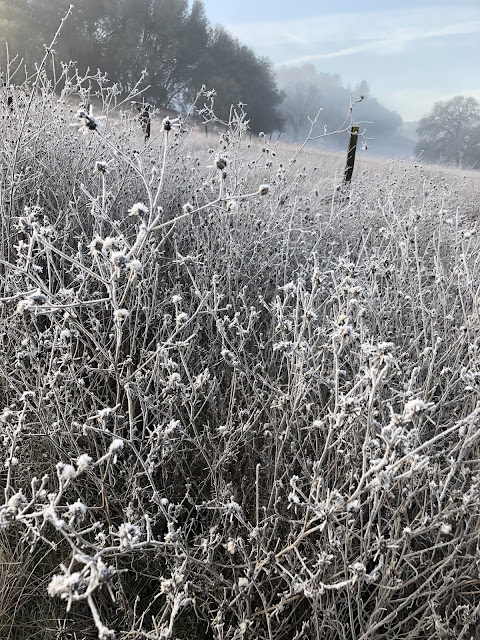 In my early 20s I visited with him and his wife a few times.  Then he moved to Northern California and I went on with my life.  We exchanged Christmas cards every year, and always included long handwritten notes about our lives.  When we moved up to the Placerville area, he suggested getting together sometime since we only lived about an hour apart.  As you know from my last post, I didn’t have the time or energy to do anything social while I was working.  But now that I’m retired... 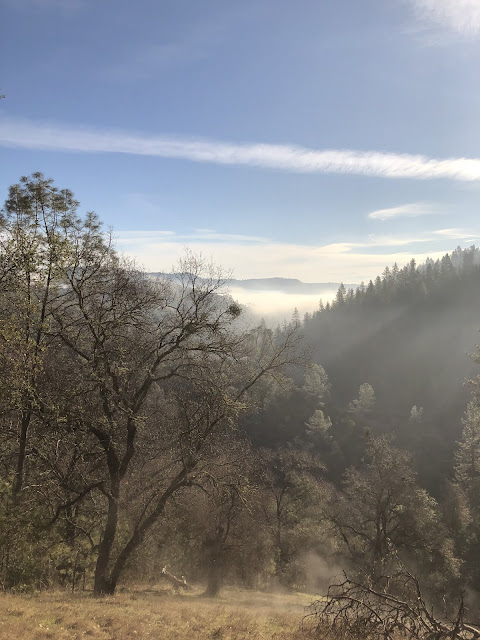 I Googled his address and realized that he and his wife live just a mile or so from where we buy hay.  And now that I’m retired, I go with Brett when he picks up hay every month or so.  Today was a hay day and so we arranged to meet Coach and his wife for lunch.  It had been 35 years since I last saw him and I was a bit worried that I wouldn’t recognize him, or it would be awkward, or something.  But, I recognized them both immediately and we had a wonderful time catching up. 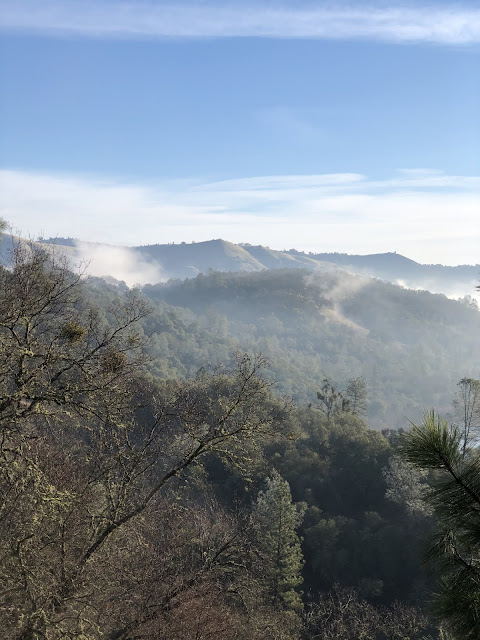 (All the photos on this post are from this week’s hike — in Cronan Ranch which is close to the site where gold was discovered in California).
Posted by Oak Creek Ranch at 5:37 PM