Flash was a 1996 American Paint horse.  I purchased him for Brett in 2002 when Flash was just six years old.  We were living in our travel trailer at a local campground at the time, busy building our Aspen Meadows home in the mountains above San Juan Capistrano in Southern California.  I had a horse, Mr. Mike, that we boarded and Brett would come with me to the barn.  He helped me groom my horse and tack him up.  Once in awhile he would ride Mr Mike.  I suggested that he take some lessons which was easy to do since I was boarding at a riding school.  Brett took to riding like a duck to water -- he was hooked.  It became clear to me after a few months that he needed his own horse to bond with so I asked our trainer to help us find a horse for Brett.

When Flash showed up at the barn we couldn't believe our eyes.  He was a tall, flashy bay Paint with bright blue eyes.  Our trainer found him at an auction in Northern California.  He had been transported by a dealer all the way from Arkansas.  Brett took some lessons on him and it was love.

In the fall of 2002 we moved Flash and my horse, Starman, up to our property.  The barn was finished but we were still living in the travel trailer, now parked behind the barn.  Flash was a typical six year old -- he was a handful.  It was a good six months before the pasture was fenced so the horses did not get regular turnout.  Flash had a tendency to squeal and buck -- and Brett was a fairly green rider.  We almost sold him as "too much to handle."  But with the help of trainers, Brett and Flash worked through it. 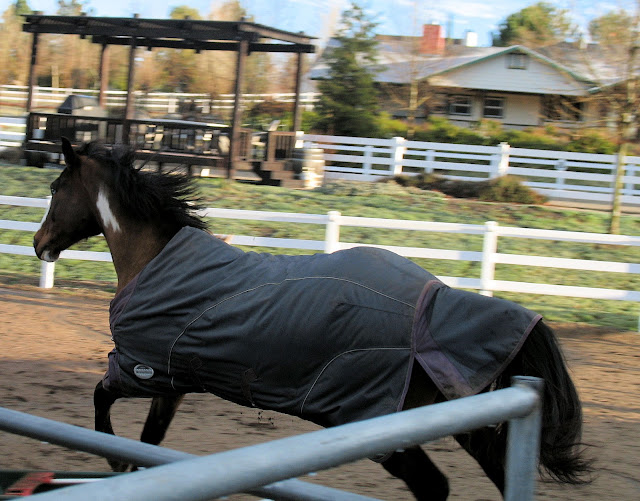 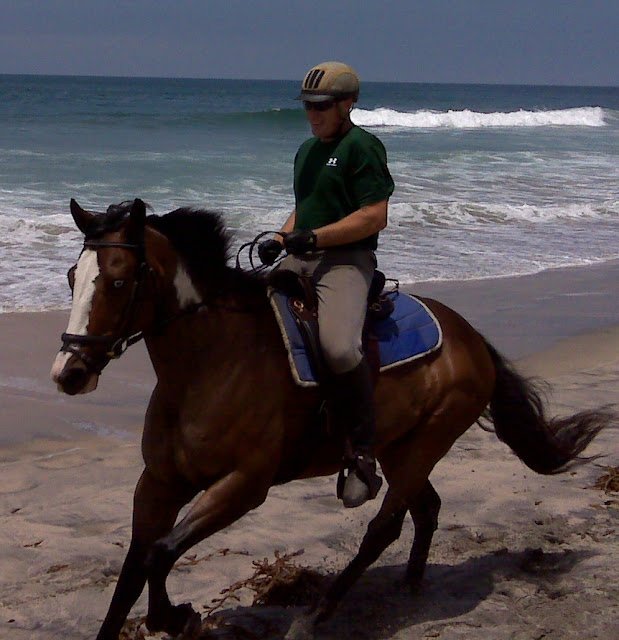 They started out doing dressage because, well, that's what I was doing.  We soon began going out on the trails regularly.  Brett and Flash loved it.  Pretty soon, a neighbor talked Brett into mounted patrol work.  He tried a few mounted units before settling on the unit in Chino, California.  They rocked the training and they loved the deployments.  Flash was unflappable whether it was police car sirens, gunshots or flares.  For a few years they were also hardcore competitors in trail and obstacle competitions -- think extreme cowboy kind of stuff.  Brett hauled Flash up and down the State, camping out and competing. 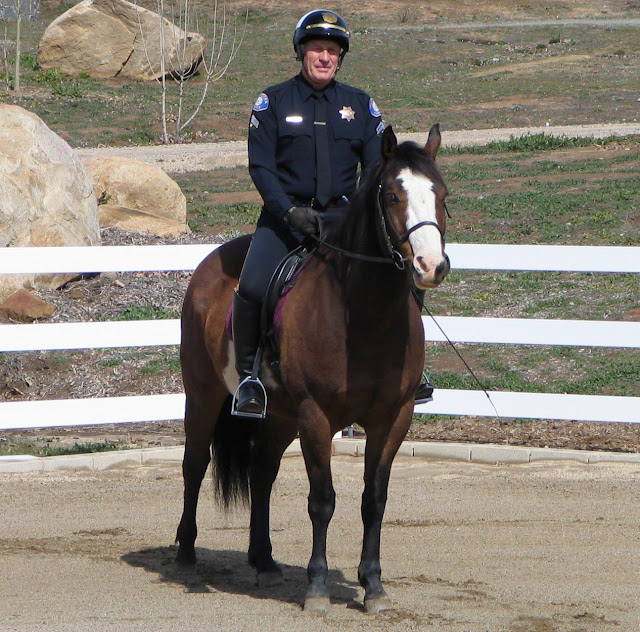 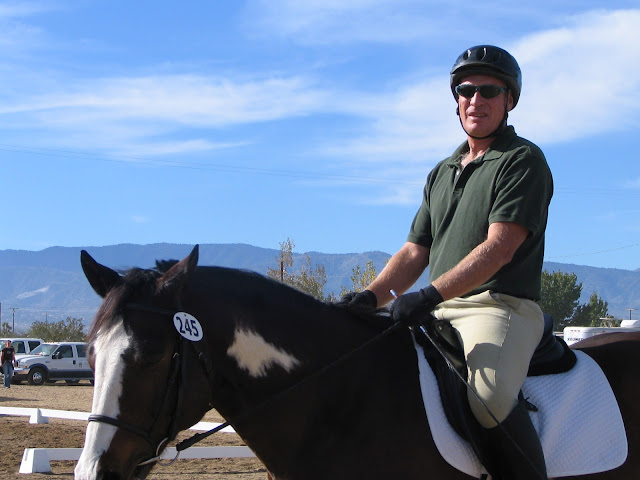 Personality wise, Brett and Flash were very much alike.  Brett is a retired cop and Flash was a soldier.  Brett is not an overly demonstrative person (except with me) and Flash was definitely an aloof horse.  After ten years, Flash finally let me kiss him on the nose.  Flash was loyal to Brett and trusted him completely.  Twice, Brett was injured while riding and had trouble dismounting.  Flash just stood like a rock while Brett slid off and then wouldn't leave his side; even when someone came to lead him away. 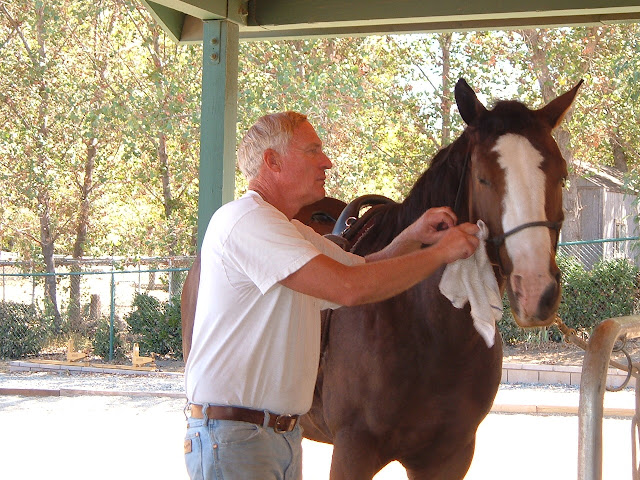 Flash outlived and outlasted most of our horses.  Mr Mike, Starman, Auke, Strider, Jackson and Winston. We lost him in April 2022, at 26 years old, to a broken leg.  We have no idea how it happened; there was no obvious trauma or signs of getting his leg caught. 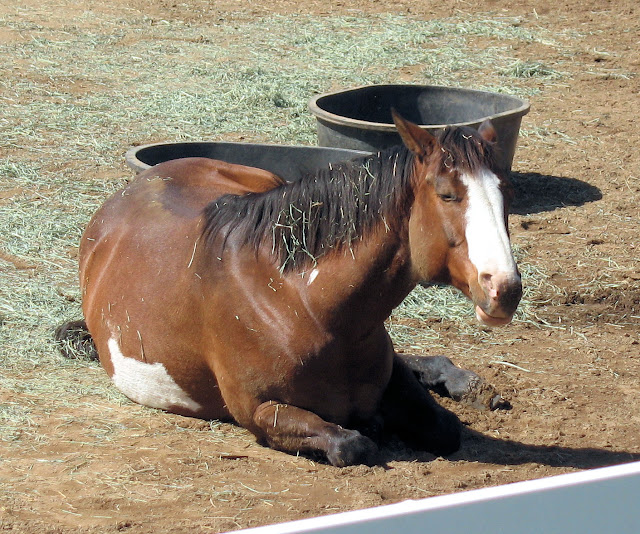 Flash had been retired from regular riding in 2013, at the age of 17.  He always had a bit of trouble going down hills and it reached a point where we just couldn't keep him comfortable under saddle. But, he was pasture sound until the end.