Pistol is a pinto quarter horse mare; a gift from our good friend Buffy.  When we lived in Southern California, Buffy and her husband lived on the property behind us.  Pistol was Buffy's trail horse, her volunteer mounted patrol horse, and her competitive trail trial horse.  We rode the trails around Aspen Meadows together often and Brett competed on Flash in some of those same trail trials.

Buffy was also interested in dressage and rode Pistol in a schooling show once for fun.  I was riding Jackson at that time.  We had a blast. 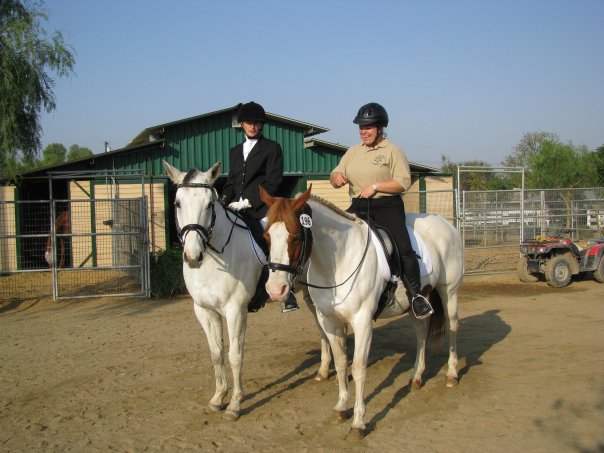 Then Buffy moved to Nevada and a few years later, we moved to the Placerville area.  Buffy and her husband were living in an area that didn't have a lot of space for horses.  She wasn't able to ride very often.  Pistol was 18 in 2014 when Buffy called asked if we would take care of Pistol for the summer while she was out of the country.  Of course, we said yes. 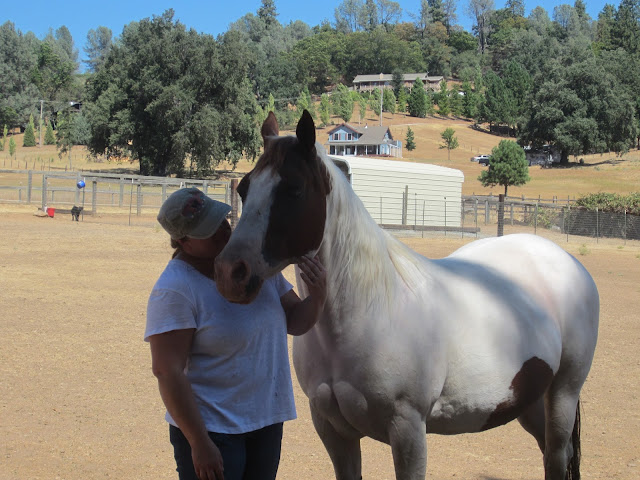 After that summer, Buffy gave us Pistol.  It has worked out great.  Buffy comes to visit us Pistol so they haven't lost each other.  Pistol's first job was as pasture companion to Lucy and they quickly became inseparable. 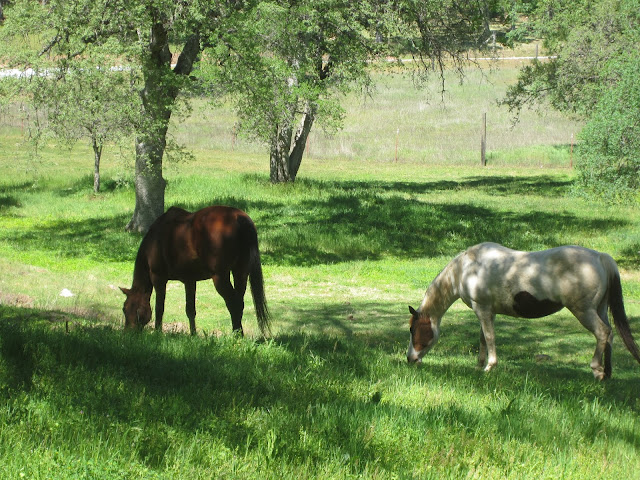 I rode her a few times on the trail; Camille rode her on her visits and loved Pistol's forward, forgiving, friendly -- rock solid, bomb-proof temperament.  How could she not? 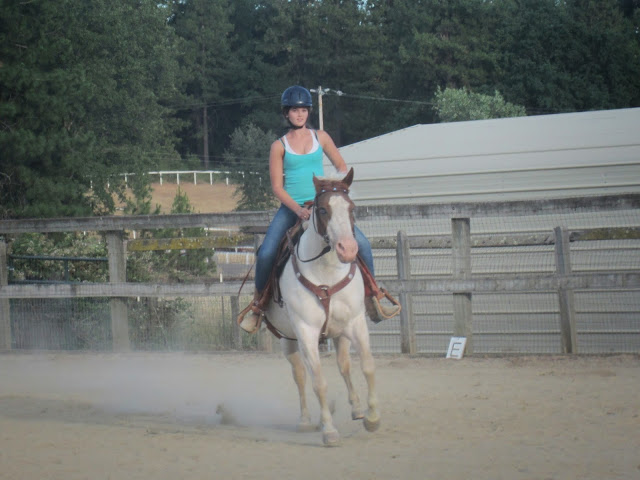 When Brett decided to stop riding Tex, Pistol was thrilled to step up to the plate.  She's been a solid, fun horse for Brett and they truly enjoy each other's company. 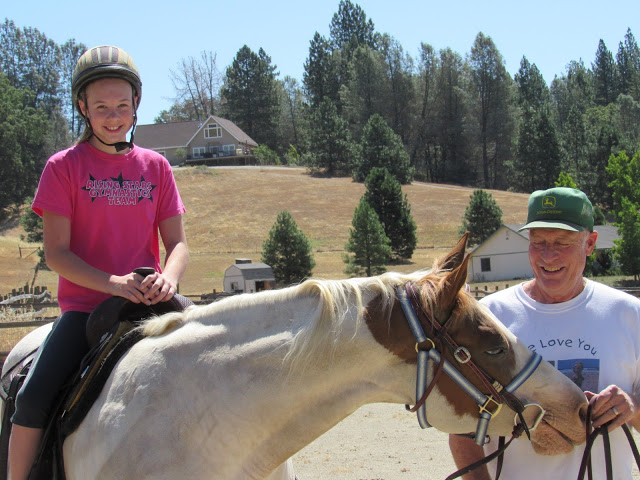 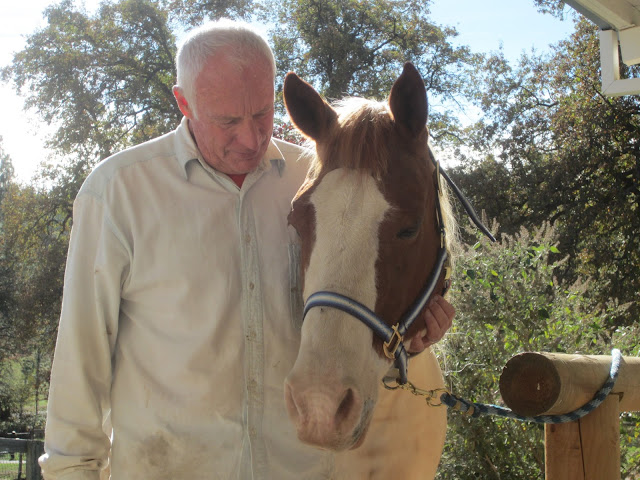